The history of the Meissen “Onion Pattern” is rooted in the development of Meissen’s blue painting technique and its particular aesthetic effect on porcelain. Immediately after the invention of the first European porcelain and the founding of the manufactory in 1710, the search for a very special blue began – a blue that would emphasize the unprecedented white of the porcelain while at the same time harmonise with it. After a number of tests, the combination of cobalt and oxygen proved to be extremely heat-resistant and optimally suited to the high firing temperatures used for Meissen porcelain. Thus, in 1722, the new paint made it possible to apply Meissen’s trademark, the Crossed Swords, in cobalt blue under the glaze for the first time. This technique protected the trademark and made it impossible to duplicate. Inspired by East Asian patterns, which were predominantly blue at the time, Meissen’s radiant blue “Onion Pattern” was created from 1731 and would go on to become famous around the world. The “onions” in the pattern are not in fact onions, but rather peaches and melons on the rim of the plate, and bamboo stalks and delicate chrysanthemum blossoms adorning the centre. In lieu of exotic fruits and flowers to use as templates for their creations, Meissen’s 18th-century artisans’ stylized renditions soon gave rise to their misconception as onions. The term “Onion Pattern”, which is still used today, was given to the design by the general public.

“Deeply rooted in the development of Meissen’s blue painting technique, the ‘Onion Pattern’ is an expression of the genius and inventive spirit of Europe’s oldest porcelain manufactory.”
Onion Pattern 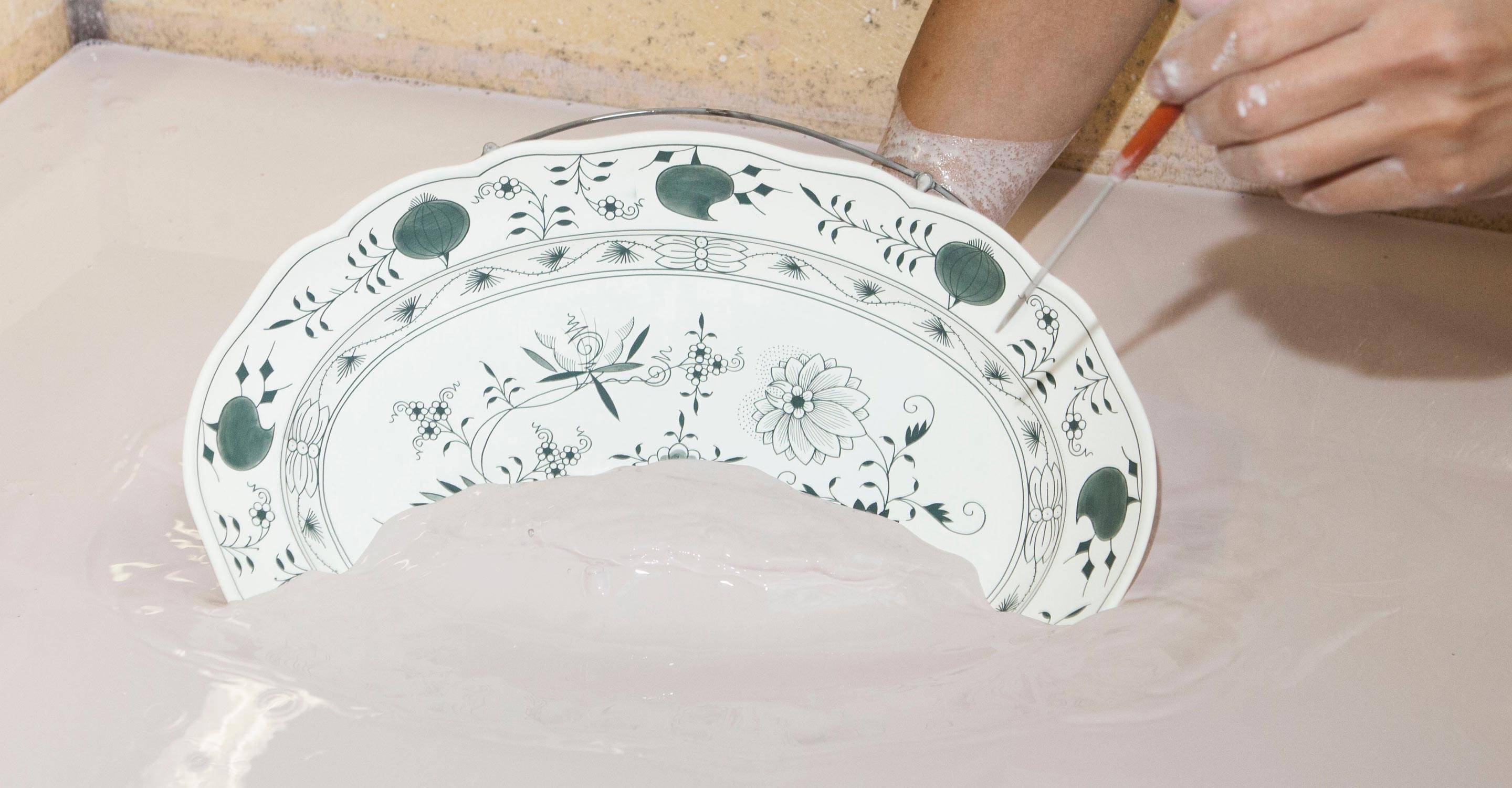 With fine brushstrokes and extreme care, the under-glaze painter applies the paint on the fired biscuit. This immediately penetrates the still-porous material, which means corrections are impossible. The design first appears in a dull grey; it is only after glazing and firing that the paint takes on its signature brilliant blue hue.
Noble Blue
In “Noble Blue”, the historical “Onion Pattern” takes on a modern guise, contrasting the opulence of its precursor with modern esprit and accents in red and gold
Contact us