It is the most spectacular testimonial to a dazzling, bygone era, the opus magnum of German Baroque art: the “Swan Service” by Johann Joachim Kaendler. Commissioned in 1737 by Count Heinrich von Brühl, Prime Minister under King Augustus III and later head supervisor of the royal porcelain manufactory, the service of the century needed five years until completion. Never before had an ensemble of this scale been created, and with such a lavish wealth of sculptural details. The original service, designed for 100 people, comprised more than 2200 pieces. The pair of namesake birds, swimming through reeds, appear in porcelain relief, for which Kaendler took inspiration from drawings and etchings in collections in the nearby capital and royal seat of Dresden. Still formed and painted by hand in the Meissen manufactory, this one-of-a-kind service from the royal court of August III brings Baroque banquet culture into the present – steeped in Meissen’s tradition.
“The ‘Swan Service’ from MEISSEN brings the style and grandeur of the Baroque banquet table into the present – a page from the illustrious tradition of Europe’s oldest porcelain maker.”
Swan Service 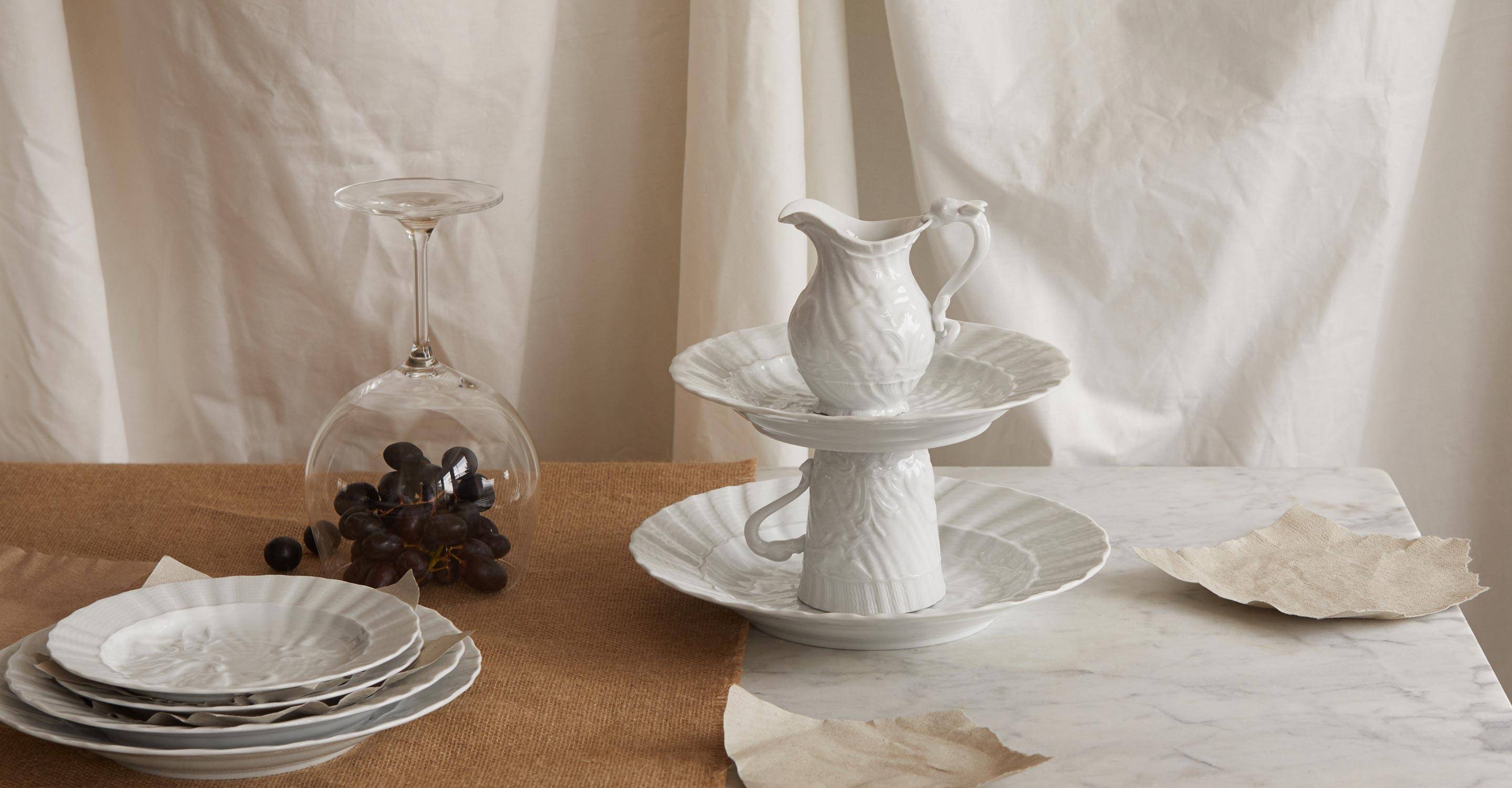 History
The core motif of the wide-ranging "Swan Service" is rippling water, symbolizing the eternal wellspring of life. The surface of each piece is finished with a delicate, intricate wave relief that accentuates the plasticity of the high-quality Meissen porcelain.
Products 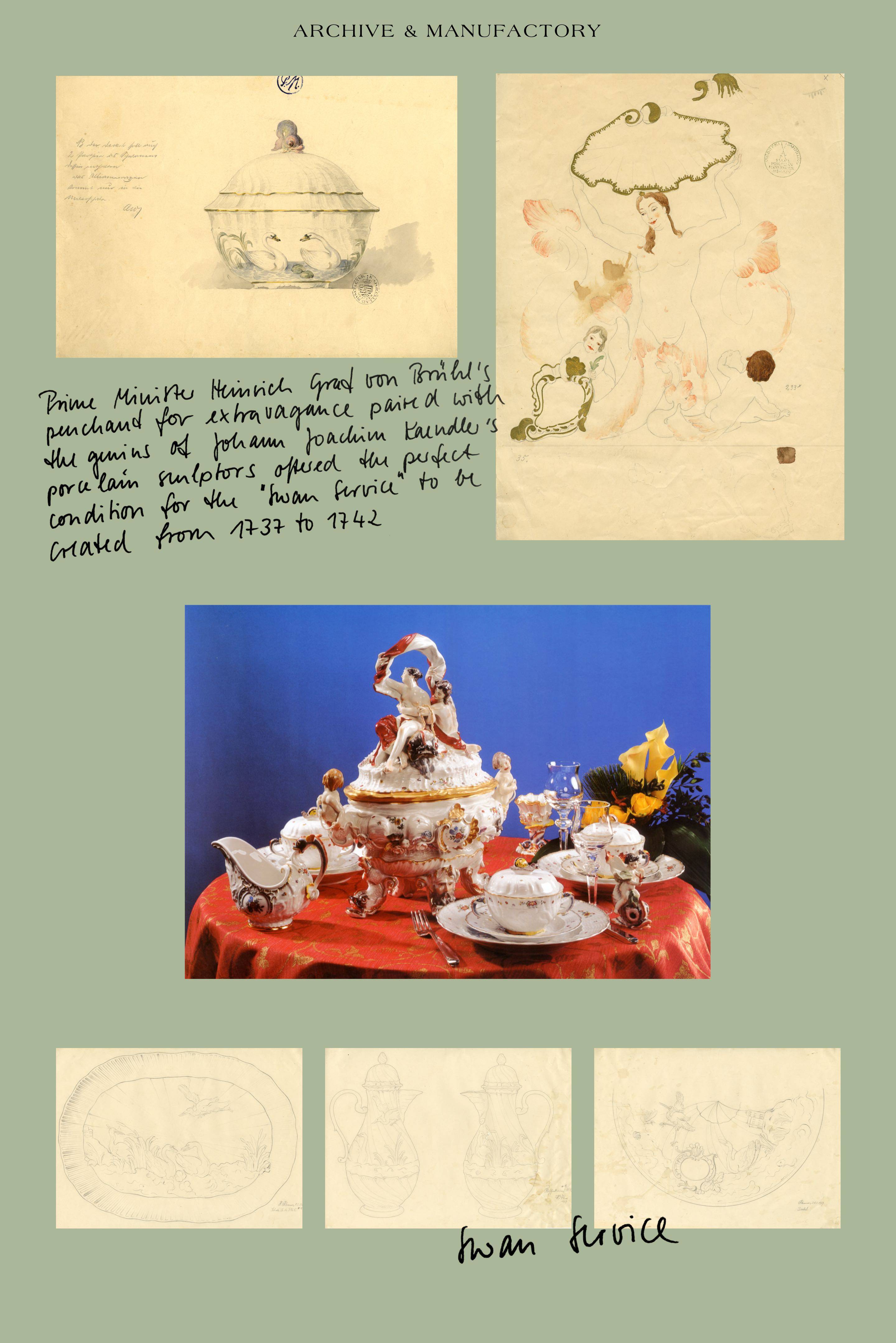