The predominant Chinese fashion in 18th century Europe, in the form of replicas and imitations of East Asian shapes and patterns, marked the beginning of the history of the Meissen porcelain manufactory. The manufactory’s momentum, however, quickly necessitated the introduction of new designs and patterns that not only moved away from earlier East Asian influences but would also satisfy the prevailing Baroque taste for lush opulence. The first artistic golden age of the manufactory began in 1730, during Johann Joachim Kaendler’s time at MEISSEN. For more than 40 years, Kaendler shaped the reputation of the manufactory as its artistic director, leaving it with a rich heritage of inimitable sculptures, figurines and table services. The oldest elements of Kaendler’s “New Cutout” table service were created around 1745. The delicate shape, reminiscent of flower petals, with a corrugated, pointed edge and bifurcated acanthus leaf handle is one of Kaendler’s true gems. A number of famous decors, such as the “MEISSEN Rose”, the “Onion Pattern”, and the "Green Vine Leaf Garland”, are equally at home on this shape, which, in its day, was considered almost modest and unobtrusively playful
New Cutout
“With its simple, graceful form, Johann Joachim Kaendler’s ‘New Cutout’ table service in pure, radiant white is timeless and eternally elegant.” 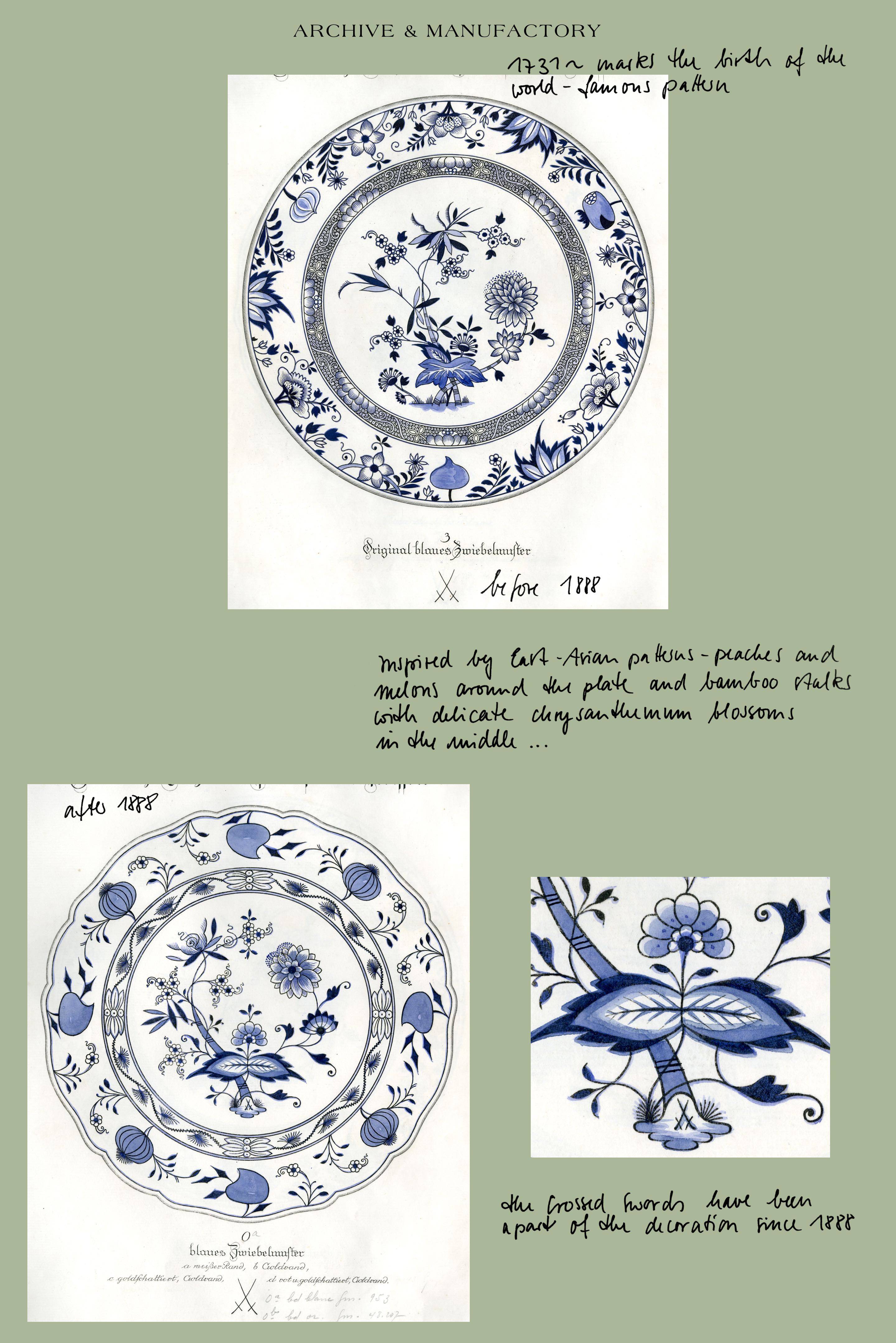