Created between 1844 and 1855, the "B-Form" service from Ernst August Leuteritz is a shining example of Meissen's historicism. Characteristic of this style is the liberal incorporation and even amalgamation of elements from preceding epochs, in particular from the Renaissance, Baroque, and Rococo periods. This masterpiece of European dining culture is nothing short of lavish, almost ostentatiously so, resplendent in royal blue, and elaborate reliefs in 23-karat gold coating. Such elegant porcelain, often entirely covered with painted adornments and gold, was keeping in line with the appetite of that era's well-to-do bourgeoisie for displaying their wealth and status. Presented at the International Exposition of 1867 in Paris, the "B-Form" service quickly became one of the Meissen manufactory's bestsellers. The name, on the other hand, has more pragmatic origins: The "B" was the code for the original mould number in the Meissen archives.
“With its royal blue colours, elaborate reliefs, and splendid trim of 23-karat gold, the ‘B-Form’ service is a masterpiece of European dining culture.”
B-Form 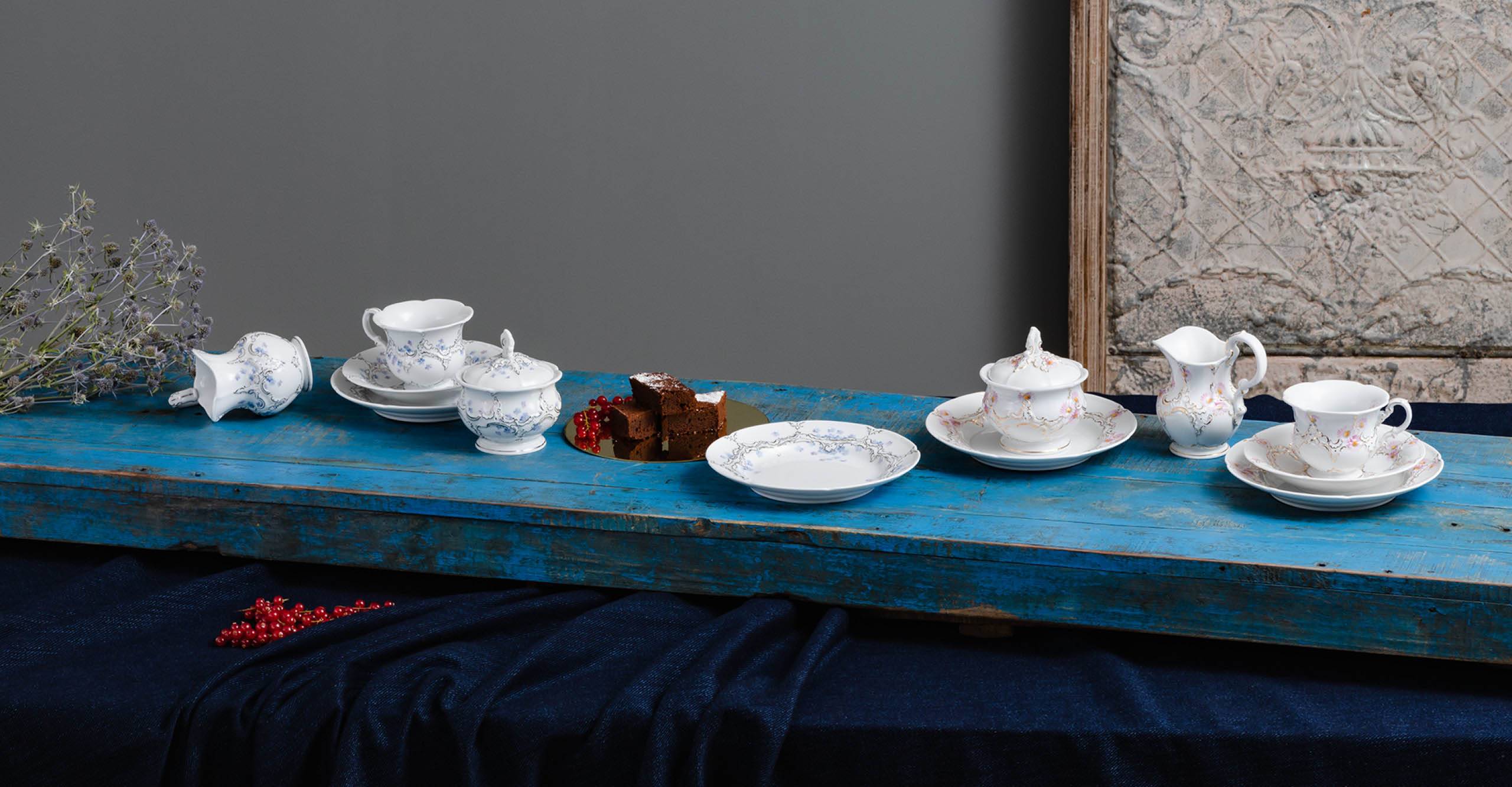 The characteristic gold bronze reliefs of the "B-Form" service, created between 1844 –1855 by Ernst August Leuteritz, brought domestic luxury and coffee culture into the circles of the 19th century's aspiring bourgeoisie.
B-Form
Campaigns
Contact us