In the 19th century, the Meissen manufactory began to produce a variety of historicist porcelain pieces. Decorative dishes, candleholders and boxes were designed in the style of bygone eras such as the Baroque, Rococo and Gothic periods, and in some cases combined elements of the various artistic movements with one another. The opulent porcelain pieces, which were often completely covered in sumptuous, colourful patterns, corresponded to the desire among the affluent classes of the time to demonstrate their prestige, and also paved the way for Meissen’s success at the World’s Fairs in London, Paris and Chicago. For the “New Splendour” collection, these historic designs are reissued and reinterpreted with modern finishes. Naturalistic bird illustrations, leaf patterns and floral motifs are applied to the structured porcelain as a second coat without taking on the embossed patterns of the pieces themselves – a novelty in the manufactory’s design repertoire. The new, second collection in the series features three dishes, a lidded box and a vase, while the first instalment lends contemporary flair to a trio of dishes, a candlestick and an ornately designed caddy. Each is a showpiece in its own right, embodying the MEISSEN modern yet opulent sensibility.
New Splendour
“We focused on the highly specialised, traditional craft of the so-called “bird painters” at MEISSEN. The challenge was to achieve something modern and fresh in combination with this naturalistic painting style.” 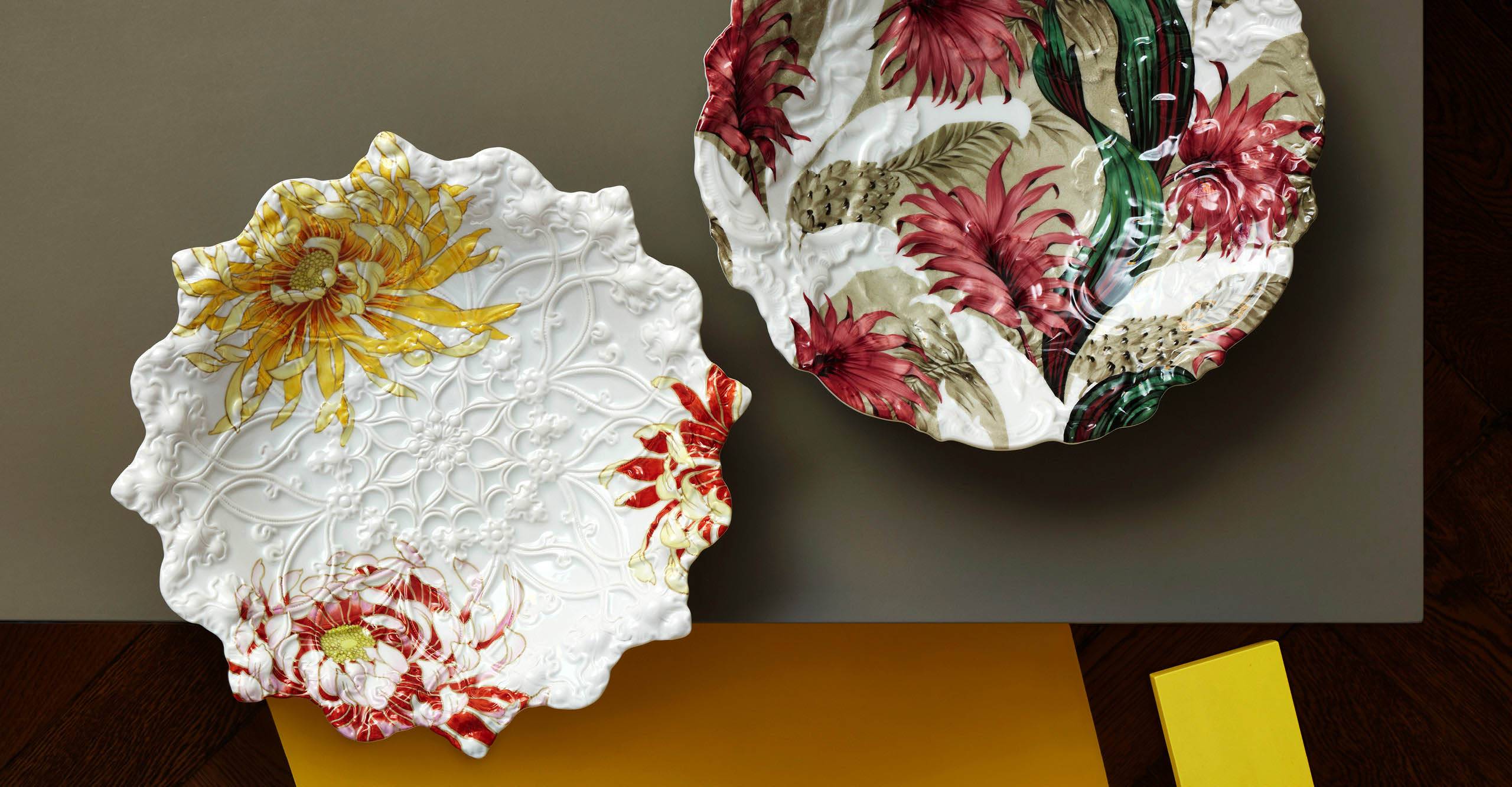 Ornamental dishes are some of the most impressive pieces ever created by the Meissen manufactory. Originally a decorative aspect for table settings, starting in the mid-19th century they became the benchmark for the quality of Meissen craftsmanship after being presented at the World’s Fairs.
Campaigns
Contact us